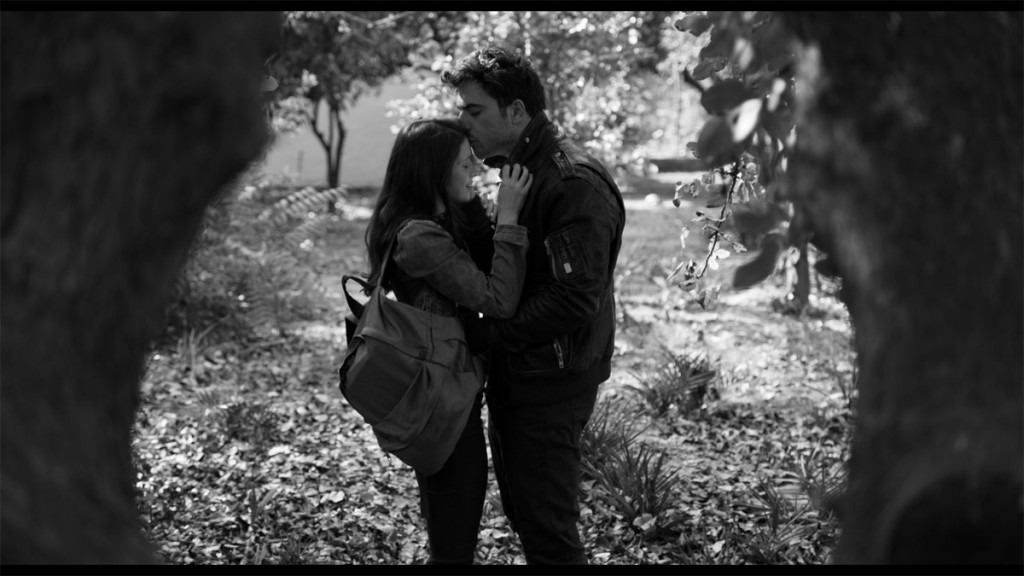 In 3000 I want to acknowledge contemporary Athens, where a world focus has come to rest. Athens is now being pushed to a limit, a ground zero that begs for a re-examination of our judgments over ordinary people in their time of need.

In trying to save the life of his best friend Ari, whose family can no longer afford to pay for his cancer treatments, Leon does not hesitate to take on a new persona: the ultimately impossible identity of the innocent criminal. Leon becomes complicit in Ari’s dilemma by a sequence of blameless and indeed altruistically motivated “mistakes”.  If we are to understand Leon’s decision we must drape the image of the hospital bed in Ari’s living room over his motivation.

The other essential motif in the film is the sound of children. It is a childhood echoing, where Leon and Ari, two friends in the grip of an inescapable devastation, can still hear themselves playing. This is the unblemished source of Leon’s love for Ari. But Leon is also in love with Daphne, Ari’s younger sister, and is not ready to tell Ari about this relationship. Instead Leon must come to terms with the realization that he has to suppress his guilt to both stay in love and save his best friend’s life.

Against the backdrop of a monochromatic and sad beauty of a forsaken Athens, Leon’s impossible morality has tragic consequences.

In 3000 we come face to face with the youth of Athens. I wanted to breathe life into 3000, as a sentiment of my own personal debt, which I can never repay to Athens, a city I love and the city I was born in.